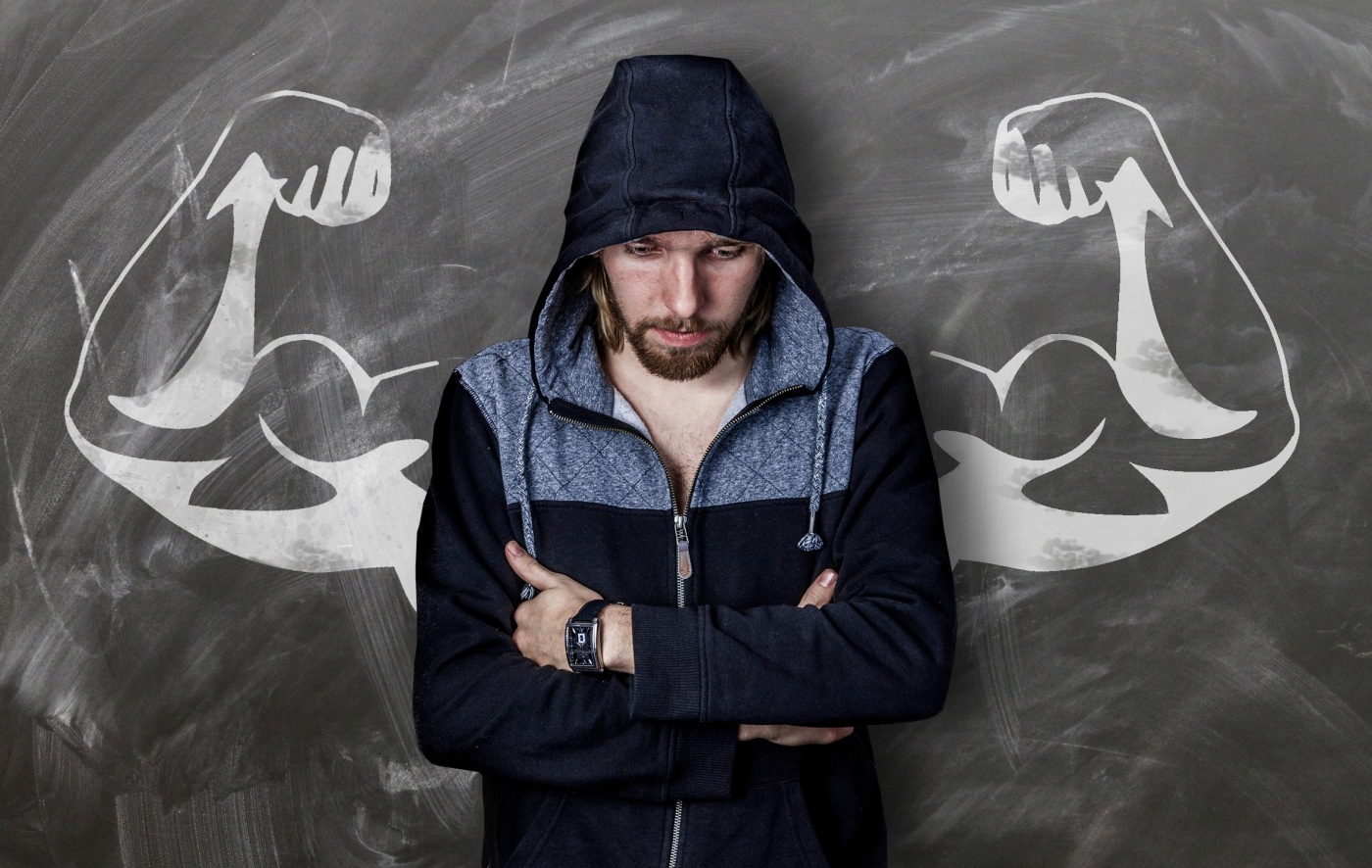 Over the summer European conservatives gathered in Germany to discuss the question, How to be a European? R R Reno, editor of American journal First Things, attended and reported on the proceedings. Summarising what he heard, he relayed some unfavourable views circulating amongst participants on the role Christianity has supposedly played in weakening Europe:

Europe is rich, but it is troubled… The crisis seems to be one of enervation, paralysis, and the widespread sense of being stuck. The only option on offer seems to be an unworkable ideology of Europe, a culture united by commerce and ‘values’ but without the capacity to imagine alternatives… Participants consistently returned to the danger of a vacuum, the concern that Europe possesses no consolidating energy or political will. As one of the presenters put it, the dissolving universalism and shrill moralism of human rights eats away at the body politic. On this point—the enervation and dissolution of political life—I heard a number of participants, especially the Germans, express concern that the Christian legacy of Europe is to blame. The Sermon on the Mount is a manifesto of self-abnegation. Given political form, they argued, the Christian roots of Europe produce a post-Christian piety that welcomes demographic decline and cultural conquest by Islam.

I have heard this sentiment a number of times before. In fact, I came across it only this week, casually being repeated in the Spectator by Ed West. In a summary list of why under 40s don’t like the Tories, he included ‘a sort of neo-Christian obsession with victimhood’.

This idea of Christianity as a fundamentally self-hating, self-nullifying belief system received its first airing in Nietzsche’s criticism of Christianity as ‘slave morality’. From there, it went on to become a central tenet of the Nazi repudiation of Christianity, with Hitler regarding Christianity as ‘the systematic cultivation of the human failure’, and Goebbels believing there to be ‘an insoluble opposition between the Christian and a heroic-German world view’.

Now, most Christians will probably welcome this criticism by Nazis – who isn’t glad to find Hitler explaining how different his ideas are to their own? But the idea that Christianity fatally weakens a culture and leads it on a path of self-destruction is not one which Christians should be pleased about. For one thing, it hardly makes Christianity attractive to those who care about their society. Furthermore, if true it would mean we would need to revise any ideas we have about Christianity being a contributor to the common good.

So is there any truth to the charge? Well, the first thing to say is that if it were true it would be a very late criticism to have emerged in the long history of Christianity. Nietzsche first penned it in 1886, and that was its debut. Which isn’t actually too surprising when you think about it, since the far more common criticism of Christianity is that, like all religions (allegedly), it is much too assertive and absolutist and tends towards the oppressive and militant. How, then, is a religion which is widely held to have inspired crusades, persecutions, civil wars and imperial adventures supposed now to be too timid and obsessed with weakness, failure and victimhood?

Perhaps though the timing gives us a clue. The late 19th century was a time when Christianity was falling sharply out of favour amongst Western elites. Probably in part as a consequence, that coincided with its undergoing a transformation in its attitude to power, freedom and society. In particular, it became ever more ready to repudiate any use of coercive force in its relations with society, and its pacifistic strains (always present but usually marginal) became more pronounced. This was the era of Tolstoy, who made a stir throughout Europe and Russia by distilling the Sermon on the Mount into an absolute commandment of ‘non-resistance to evil by force’. More recently the pacifist ideas of Anabaptists such as John Howard Yoder have been popularised by theologians like Stanley Hauerwas and the UK think tank Ekklesia.

So while Christianity historically could hardly be accused of being meek or inculcating a self-destructive meekness in its peoples, perhaps in its humbled late 19th century and 20th century form a latent ethic of self-abnegation did become ascendant. And perhaps that ethic has indeed contributed by subtle social descent to the peculiar reluctance of Western culture to defend itself in the face of existential threats or to give heed to its own future survival.

But is it really the case, as a matter of sound theology, that the Sermon on the Mount is a manifesto of self-abnegation? Is the true Jesus way really, as Tolstoy contended, the way of radical non-resistance and pacifism?

Well, yes and no. Yes, Christians are supposed to practice non-violence and non-resistance in the face of being wronged – a hard teaching, but the Sermon on the Mount is clear and it is also repeated elsewhere in the New Testament (e.g. Romans 12:17-21). But no, it is not an absolute commandment in all circumstances, and even less is it the foundation of a Christian social ethic. Allow me to explain.

When Jesus commands us to turn the other cheek, to go the extra mile, and to give more to those who take from us (e.g. Matthew 5:38-48), he is giving a command for us to follow on a personal level. But he is not thereby meaning to overrule the responsibility borne by those in positions of trust and authority to ensure public order and the safety and security of the community. For ourselves on a personal level we are to practise non-resistance and radical generosity. But when exercising responsibility for others, we must defend those under our care and protect them from violation. How do we know this? Because in chapter 18 of the same Gospel as appears the Sermon on the Mount Jesus says this:

If another member of the church sins against you, go and point out the fault when the two of you are alone. If the member listens to you, you have regained that one. But if you are not listened to, take one or two others along with you, so that every word may be confirmed by the evidence of two or three witnesses. If the member refuses to listen to them, tell it to the church; and if the offender refuses to listen even to the church, let such a one be to you as a Gentile and a tax collector. Truly I tell you, whatever you bind on earth will be bound in heaven, and whatever you loose on earth will be loosed in heaven.

We see then that Jesus’ teaching on non-resistance doesn’t preclude church authorities taking action against offenders, or Christians following due process in response to those who wrong them.

This crucial difference between the personal response of the Christian and the formal response of those in authority is also made clear in St Paul’s epistle to the Romans, in chapters 12 and 13. Here, the teaching on non-retaliation and love for enemies is repeated. But then it is immediately followed with an unequivocal statement on the role of the governing authority as God’s servant in punishing wrongdoing:

Beloved, never avenge yourselves, but leave room for the wrath of God; for it is written, ‘Vengeance is mine, I will repay, says the Lord.’ No, ‘if your enemies are hungry, feed them; if they are thirsty, give them something to drink; for by doing this you will heap burning coals on their heads.’ Do not be overcome by evil, but overcome evil with good. Let every person be subject to the governing authorities; for there is no authority except from God, and those authorities that exist have been instituted by God… If you do what is wrong, you should be afraid, for the authority does not bear the sword in vain! It is the servant of God to execute wrath on the wrongdoer.

So scripture is clear that the teaching on non-resistance is not applicable to those in positions of authority who have responsibility for the welfare of others. This undermines any notion that Christianity teaches a pacifist social ethics that fatally weakens culture.

A fair question at this point, though, is why in Christianity God appears to have two ethical codes, one for a personal level and one for a social level. Isn’t this a bit inconsistent? It might seem that way, but actually it isn’t really so different to how we generally approach matters of law enforcement. When a crime is committed against us we are not permitted to take the law into our own hands and punish the offender, but are required to follow due process and leave law enforcement to the state and its agencies. So we see how even in ordinary thinking there is the same kind of twin standard of personal and social responses to wrongdoing.

But what about the more radical aspects of Jesus’ teaching, of turning the other cheek, going the extra mile, and giving to those who take from us? What are they about? In these teachings Jesus is challenging his followers to live radical kingdom lives of love, generosity, grace and forgiveness, even when it is really hard to do so. It is a counsel of perfection, to love even in the face of hatred and being wronged. A difficult teaching, of course, and the very highest standard. But Jesus knows that not only is it the best way, it is also the way which is most effective for helping wrongdoers see the error of their ways and change their hearts. It convicts them of their sin by jolting them out of their wickedness through a shocking response of love.

So does Christianity make us weak? Well, on one level we have to say yes: the post-Christian legacy of some Christian teaching on non-resistance has been misapplied to the social level and indeed had a hand in producing the terrible self-abnegating ethos of Western society. So far we have to concede something to the Germans’ argument.

But properly understood, we have to say no, Christianity does not make us weak at all. It gives us the great confidence of faith in an all-powerful God who loves us and gave his own Son for our sake. Yes, it enjoins non-retaliation on a personal level – but that is all to the good, to make society a more civilised, law-abiding place. And on the social level there is no such commandment to non-retaliation. Indeed, to the contrary, there is a clear affirmation of the divine mandate of civil authority to bear the sword in upholding the law and defending the weak.

If Europe is suffering from a crisis of self-denial, then, it is not less Christianity it needs, but more – not the insipid self-pitying culture of a post-Christian society that has lost its way, but the full-blooded living faith of the real thing, with its unshakable confidence in the God who loves all people and has good plans for us all.

One thought on “Does Christianity make us weak?”