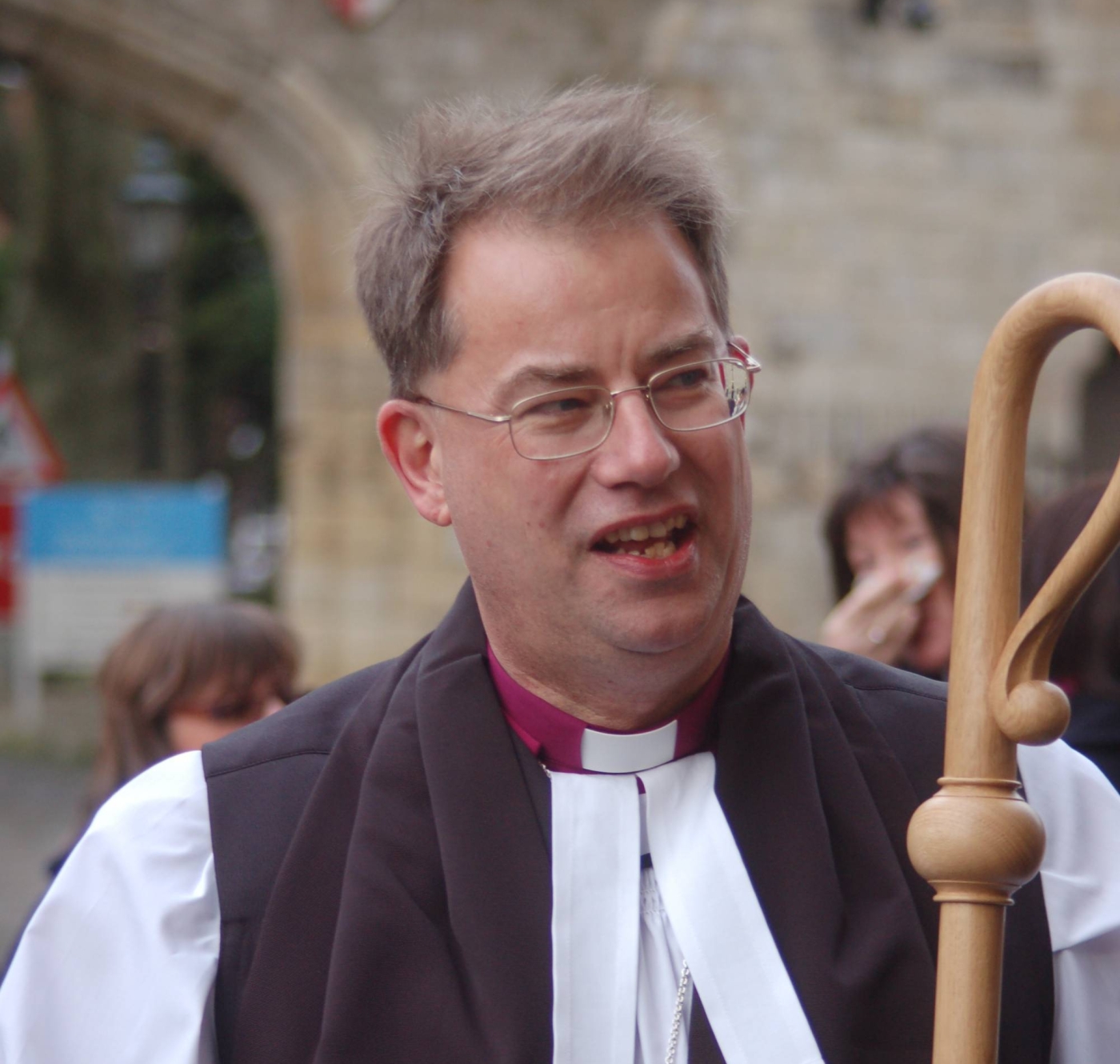 The four bishops in the diocese of Oxford this week have written to all their clergy and parishes in a controversial intervention in the sexuality debate. The bishops – who comprise the diocesan bishop, Steven Croft, and the three area bishops, including the outspoken LGBT campaigner Alan Wilson, Bishop of Buckingham – explain that they do so with ‘humility and some hesitation,’ but with an awareness that the ongoing deliberations about sexuality in the wider Church will not be concluded for ‘some time’.

Describing their letter as ‘some reflections on current debates and developments in the Church of England,’ the bishops call for ‘above all, an attitude of inclusion and respect for LGBTI+ people’.

From a conservative-orthodox point of view it is notable that the language in the letter is almost entirely that of the LGBT side of the debate. ‘Respect’ appears six times, ‘inclusion’ four times, the phrase ‘everyone has a place at the table’ twice, and the pain felt by some as a result of the church’s ongoing debates is acknowledged on two occasions. In full apologetic mode, the bishops state: ‘As a Church we have continually failed our sisters and brothers in Christ’. They argue that the ‘issue at stake’ is ‘how open and authentically themselves’ LGBTI+ Christians may be in their involvement in church life.

By contrast, the term ‘sin’ does not appear at all in the letter, nor does ‘holiness’ (besides a solitary Bible quotation), or ‘purity’, ‘chaste’ or ‘repentance’.

The Church’s current teaching is alluded to but never stated and certainly not endorsed or defended. Instead the letter refers to the ‘debate’ about sexuality no fewer than twelve times, and to a stance of ‘listening’ six times, with a special emphasis on listening to the experiences of LGBT people.

As so often, it is not so much in what the letter affirms that the problem lies as in what it denies, or rather leaves out or keeps ambiguous. It states, for example, that the ‘core principle’ is that ‘all people are welcomed in God’s Church’ and there is a ‘place at the table’ for all people. It does not say, but implies that this table is the Lord’s table – but if that is the case then such a universalist sentiment is clearly contrary to the teaching of scripture. The plain teaching of scripture – and of the church through the ages – is that only those who repent of their sins and profess faith in Christ are to be considered part of the church and welcomed at the Lord’s table. God’s love is wide and encompasses all, but the inclusivity of his church is limited by his call to repentance and faith. To lose sight of this crucial principle is to abandon all commitment to witness to God’s holiness and revelation in Christ.

A similar ambiguity lies in the letter’s forbidding, as ‘inappropriate,’ ‘intrusive questioning about someone’s sexual practices or desires, or their experience of gender’. But what makes questioning ‘intrusive,’ as opposed to merely pastorally and theologically responsible? No guidance is given, leaving the pastors of God’s church unclear as to how their bishops are asking them to remain faithful to their calling, under the authority of scripture, to exercise due pastoral care for the souls in their charge, including in relation to sexual sin.

Likewise, the letter affirms that sexual orientation or gender identity is not to be an impediment to leadership in the local church. But it doesn’t make clear whether this includes being in an inappropriate sexual relationship. Perhaps we are to assume that the bishops are supposing that the ban on ‘intrusive questioning’ will prevent anyone from really knowing whether a same-sex relationship or marriage is sexually expressed. If that is so, it would be a convenient way of avoiding the issue by, again, introducing a cloud of ambiguity, but not exactly one based on good faith, pastoral responsibility or theological conviction.

There is also great but unacknowledged difficulty in the idea that being transgender does not present particular ethical and theological problems for involvement in church leadership, as though churches may not reasonably wish to avoid giving any impression of encouraging or condoning confusion around one’s biological (and God-given) sex.

The letter declares that it is ‘unacceptable to tell or insinuate to people that sexual orientation or gender identity will be changed by faith’ – an undisguised rebuke to any conservative who believes, not only that same-sex relationships and gender confusion are not God’s ideal, but also that God might sometimes want to help someone with that. It is notable how unequivocal the bishops are prepared to be here, given that biblical teaching on sexual ethics, on which they are painfully non-committal, is far clearer than any idea that God will never help someone with gender confusion or unwanted same-sex attraction. The bishops seem to be taking their lead much more from current secular fashions than biblical teaching.

The letter, quoting from Colossians 3:12-14, speaks of God’s call to the church to be ‘contemplative, compassionate and courageous for the sake of God’s world’. Yet it fails to mention that Colossians 3:5 has a special concern with fleeing sexual sin, teaching Christians to ‘put to death’ their sexual immorality and impurity.

Overall it is difficult to view the letter as anything short of surrender to LGBT campaigners by the Oxford bishops – perhaps not surprising when one of the most high profile such campaigners is among their number. In this it follows in the dubious tradition of the letter from the Lichfield bishops in May, whose five principles it repeats and endorses. Both letters trace their inspiration to the Archbishops of Canterbury and York’s divisive call back in February 2017 for a ‘radical new Christian inclusion in the Church,’ founded, somewhat patronisingly, in ‘a proper 21st century understanding of being human and of being sexual’. That was followed up the next month by a suggestion of the bishop of Chelmsford that there was ‘no reason’ why ‘prayers of thanksgiving … perhaps a eucharist’ cannot be offered for ‘permanent, faithful, stable relationships’ between LGBT Christians. And then by a call in October 2017 from the diocese of Hereford, backed by its bishop, for the House of Bishops to commend an ‘order of prayer and dedication’ to be used for same-sex couples after a civil partnership or marriage.

Any recognition that there is something morally, theologically or biblically problematic about same-sex sexual relationships is now being thoroughly drowned beneath a steady flow of increasingly comprehensive ‘pastoral’ provisions that move on everything except the bare prohibition on conducting same-sex marriages and permitting same-sex married clergy.

While the Church of England has, so far, maintained its biblical teaching that marriage is only between one man and one woman, with sexual intimacy permitted only within such a union, the ever-widening pastoral provisions and other measures that have accumulated around this teaching have seriously eroded the theological coherence and practical viability of the Church’s overall approach on sexual ethics. These measures include:

For how long can a Church which implements more and more measures like these withhold its endorsement from same-sex marriage? Is the only thing that now prevents the Church of England from going the way of the American, Brazilian, Scottish and New Zealand Anglican churches a sense that in doing so it will lose too many conservative supporters in England, and alienate too much of the worldwide Anglican communion? Is it, in other words, primarily political considerations that motivate it to hold the line on marriage rather than any real conviction – a political posturing that will hold only for as long as it is needed to keep the uneasy peace?

If this is not the case, we need to hear some more noises – and not just from Evangelical bishops – to counter this impression and reassure us that the Church really does still have some orthodox biblical convictions in this area. Does the Church of England still believe that God’s will for sexual relationships – safeguarded to us in Holy Scripture and in our Anglican tradition – is something true, beautiful and good, and part of what the world needs to hear as part of repairing our wounded families and society? If so, it would be very good to hear it.