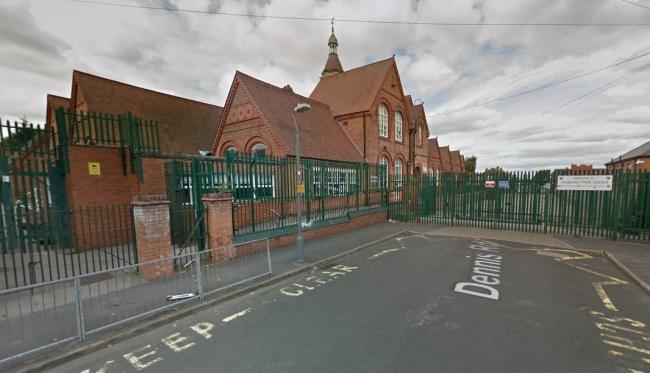 In one of the more predictable decisions of recent years, though no less troubling for that, the High Court has permanently banned demonstrations against pro-LGBT classes outside Anderton Park primary school in Birmingham, paving the way for the banning of all such protests outside schools.

The judge, Mr Justice Warby, said the protests had an adverse effect on pupils, residents and staff – for evidence of this, pointing to 21 teachers being treated for stress.

So let us be clear what just happened. A school decides to teach in a largely Muslim community a relationships and equalities education programme with content contrary to Islamic (and biblical) faith.

Unsurprisingly, and understandably, parents protest, and the state in the form of the city council and judiciary responds by banning their protests because they make some of those delivering the objectionable lessons feel stressed.

But since when has the stress of the people being protested against counted as a reason in law to curtail the fundamental right to freedom of speech, assembly and peaceful protest?

We have every sympathy of course with hard-working teachers just trying to do their job. But at the end of the day, teachers are professionals carrying out the task of educating children on behalf of parents. If they become stressed when those parents protest what they are teaching their children then, while their stress needs to be compassionately addressed, this cannot be done at the expense of prohibiting such demonstrations. For on that basis no protest whatsoever will be allowed.

Think of the mental health of MPs, corporate executives, doctors and so on. What protest will not be banned if the stress of the professionals being protested against is to count as grounds for such a ban? Of course, organisations need to look after their employees, including when they become stressed. But if this becomes a reason for banning protests, then the right to protest in this country is simply gone.

Despite Birmingham City Council claiming ‘escalating levels of anti-social behaviour’ at the protests, we know that the protests were lawful and peaceful because the protesters ensured the police were present and had them confirm each time that no laws had been broken.

Bizarrely, and in the face of all evidence, the judge claimed the ‘school does not promote homosexuality’. But of course it does, Mr Warby. Isn’t that the point of LGBT inclusive education? Isn’t that why Section 28, which banned the promotion of homosexuality in schools, was repealed?

For the avoidance of doubt, here is an excerpt from former BBC News journalist Shelley Charlesworth’s account of the No Outsiders programme used at nearby Parkfield Community school, which uses many of the same books as used at Anderton Park:

‘Three of the books in the LGBT strand … are firmly set in gay relationships or being a gay dad. The learning intention in King and King, a story about two Kings who get married, for year 4s, states that it is to understand why people get married. The teaching notes however concentrate on same sex marriage and learning what gay and lesbian means. The learning intention behind And Tango Makes Three in year 5 is to accept people who are different from me. The teaching notes emphasise gay couples. In the book two male penguins fall in love and want to hatch an egg. They do this and look after their chick together. This is another true though heavily anthropomorphised story. Teachers are advised to google ‘gay animals in zoos’ to show their class. As with My Princess Boy the use of a true story is used to drive home the message.’

It’s hard to believe that Anderton Park have engaged properly with parents or taken their concerns or views on board.

The new RSE Guidance makes clear that: ‘All schools must have in place a written policy for Relationships Education and RSE. Schools must consult parents in developing and reviewing their policy. Schools should ensure that the policy meets the needs of pupils and parents and reflects the community they serve.’ (emphasis added)

It also says: ‘In all schools, when teaching these subjects, the religious background of all pupils must be taken into account when planning teaching, so that the topics that are included in the core content in this guidance are appropriately handled. Schools must ensure they comply with the relevant provisions of the Equality Act 2010, under which religion or belief are amongst the protected characteristics.’

It is hard to see how Anderton Park have done any of these things, which is why parents are unhappy and protesting. Or rather were, until the cold hand of the state came down and silenced them.

Protesting is never a first choice of course; constructive engagement is. But when schools have the ultimate power to determine the content of compulsory relationships lessons, the right to protest is essential as a last resort to ensure schools do not trample on parents’ rights over the education of their children.

26 November 2019 will go down as a dark day for freedom in this country – a day when an increasingly authoritarian state apparently in thrall to a powerful and intolerant LGBT lobby prevented parents from standing outside their own children’s school to make clear their discontent with what their children are being taught.

With each passing day the truth becomes clearer: in the future, dissent will not be tolerated.