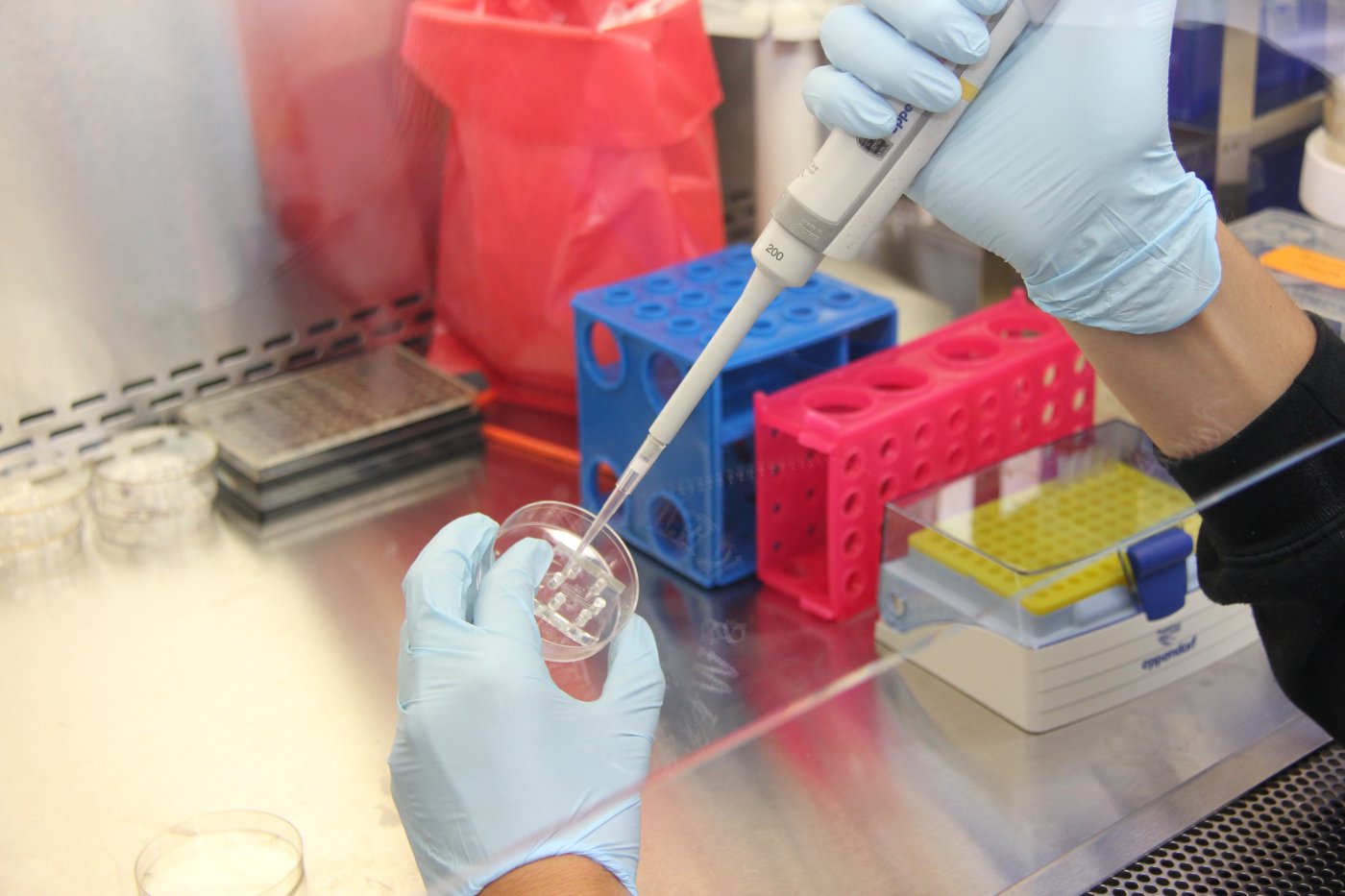 As the number of Covid-19 tests increases worldwide, what are they telling us? If the mainstream media are to be believed they are showing an epidemic that is spreading exponentially. But what if that is an illusion?

It sounds strange, but a German researcher, Dr Richard Capek, has analysed the tests in the United States and found that although the number of confirmed cases of the virus has been increasing exponentially, that’s because the number of tests has been increasing exponentially. If you look only at the proportion of those tested who test positive then that so far has stayed the same. The latest data from the Robert Koch Institute in Germany agrees with this finding. 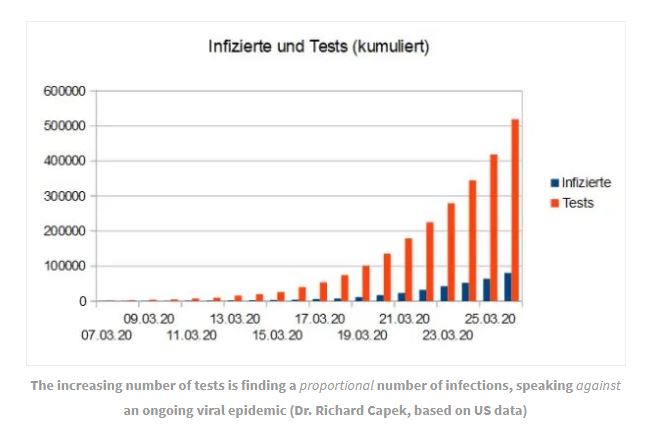 What this suggests is that the virus itself is not currently spreading exponentially, possibly because, as a number of virologists have argued, it has been around longer than we have been testing for it.

Dr Capek himself describes it as not so much a viral epidemic but an ‘epidemic of tests’.

A German Virology professor, Dr Carsten Scheller from the University of Würzburg, agrees, explaining in a podcast that the apparent exponential spread of Covid-19 as presented in the media is more to do with the increasing number of tests than with the spread of the virus itself. In his view the Wuhan coronavirus is comparable with influenza and so far seems less lethal.

Two Stanford professors of medicine, Dr Eran Bendavid and Dr Jay Bhattacharya, writing in the Wall Street Journal add their voices to this message, arguing that the lethality of Covid-19 is overestimated by several orders of magnitude and is below that of influenza. The reason for the overestimation, they say, is the greatly underestimated number of people already infected but without symptoms.

But if this is the case, what on earth is going on in Italy and Spain, with hospitals overrun and deaths in the hundreds per day – so many they have now begun registering in Italy’s overall death statistics?

Some have suggested this is not just due to the virus but also to poor air quality, low hospital capacity, a panic-induced collapse of the health system and to the lockdown itself. Dr Gerald Gass, President of the German Hospital Association, has argued that ‘the extreme situation in Italy is mainly due to the very low intensive care capacities‘.

There are currently many mysteries about the virus and why some countries are affected so much worse than others, and many theories competing to explain the differences, with a hope of getting clues as to how more effectively to counter it.

A key piece of evidence is how widespread the virus really is and how many have already been infected. This is where testing is moving next, with the World Health Organisation urging countries to conduct ‘serosurveys’ that test the blood of a sample of the population to estimate how widely the virus has spread. Such surveys will finally answer the crucial question of how common non-symptomatic infections are and thus give an accurate indication of the true mortality rate of the virus.

For the moment, however, the priority must be to get the world back to work again, and to bring the level of public concern back into proportion with the real level of threat. This includes encouraging those most at risk to self-isolate during the epidemic as much as possible, those with symptoms staying at home, and boosting health services so they are better able to cope with the increased demand. It also includes restricting travel from heavily infected regions and screening and isolating arrivals (a precaution the UK still has not implemented). But it doesn’t include such costly extreme measures as overriding basic liberties or bringing the economy to a near halt. Such a ‘cure’ is clearly worse than the disease, not least in its impact on people’s health as social distancing hits people’s incomes and mental health (creating suicide risk) and leaves vulnerable people isolated.

Now that even the lead author of the Imperial College study that first spooked the UK government into extreme action has revised down his estimate of deaths from 500,000 to 20,000 (including those who would die this year anyway), it’s time to get things back into proper perspective.

6 thoughts on “It’s not the virus spreading exponentially but the number of tests, study shows”