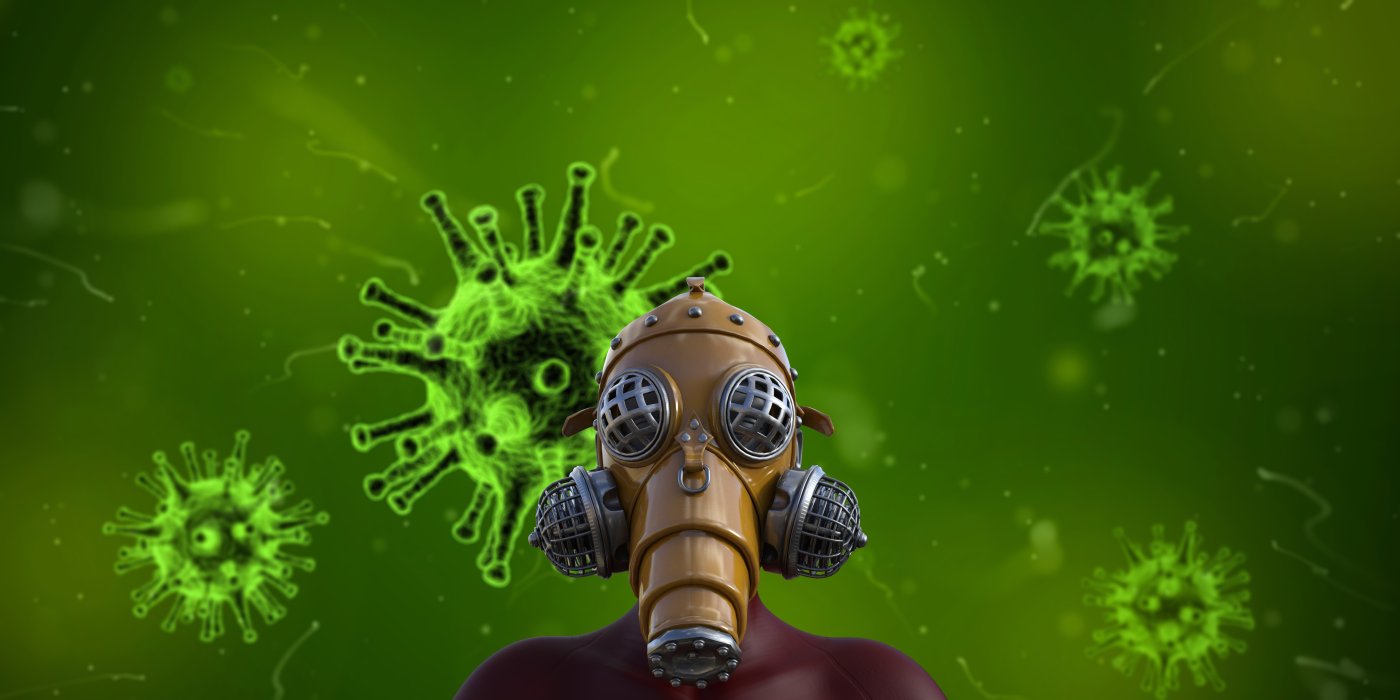 If you were starting to feel that the government is spinning a tale of terror about Covid-19 and not being entirely upfront about the real level of risk then it seems you may be right. At least, if you live in Germany.

A leaked confidential strategy paper reveals that the German government, in cahoots with the media and some scientists, is following a ‘shock’ strategy to make people fear a ‘worst case scenario’. It says that the general population (for whom the virus is mostly harmless) should be warned of ‘painful suffocation’ and that children playing in playgrounds could cause the painful death of their parents.

The aim appears to be to frighten the general population into complying with strict government lockdown measures designed to protect those most at risk from the disease.

While the intention behind this state propaganda may be laudable, the ends do not justify the means, for, as the old saying goes, the road to hell is paved with good intentions. Certainly it is a kind of hell we are creating for ourselves with our extreme restrictions on liberty and all the consequent impacts on health and incomes.

It is dismaying but not surprising to find the deep state at it again, pursuing an agenda of propaganda to mislead the populace through fear and skewed information.

Is this why the official German advice is now against autopsies of test-positive deceased persons, so that the distinction between deaths from and with Covid-19 can be lost entirely? The stated reason is to protect against infection, but one pathologist at least is suspicious:

‘Up to now, it has been a matter of course for pathologists to carry out autopsies with appropriate safety precautions even in the case of infectious diseases such as HIV/AIDS, hepatitis, tuberculosis, PRION diseases, etc. It is quite remarkable that in a disease that is killing thousands of patients all over the world and bringing the economy of entire countries to a virtual standstill, only very few autopsy findings are available (six patients from China). From the point of view of both the epidemic police and the scientific community, there should be a particularly high level of public interest in autopsy findings. However, the opposite is the case. Are you afraid of finding out the true causes of death of the positively tested deceased? Could it be that the numbers of corona deaths would then melt away like snow in the spring sun?’

No such tell-tale documents have been uncovered in the UK as yet. But certainly it does not feel like we are being told the full story by the government and its scientists and the media. Are they too pursing a ‘shock strategy’ to scare us into obedience? Are we yet again being subjected to a Project Fear by an establishment up to its necks in coronavirus doom-mongering? With Matt Hancock the Health Secretary today threatening the country with a ban on outdoor exercise, it would seem so.

I have no doubt that Covid-19 can be a nasty and deadly illness, and that some things ought to be done to protect the vulnerable. Such as self-isolation for the symptomatic and most at risk, restrictions on entry from hotspots, boosting health service capacity and testing (especially of health care workers to prevent unnecessary sickness absence), and encouraging hand-washing and the use of face masks. But such measures need to be in proportion to the real level of risk, not socially and economically catastrophic.

Incidentally, I keep hearing it said that one reason the Wuhan coronavirus is so nasty is that it spreads before symptoms show, making it necessary for everyone and not just the symptomatic to self-isolate. However, even the World Health Organisation (who are usually chief cheerleaders for a pandemic and not ones to play down the risks) are clear that pre-symptom spreading of Covid-19, unlike with flu, ‘does not appear to be a major driver of transmission’. So this myth needs to be put to bed.

Sweden, who are forging a more liberal path through the crisis, have announced that they are to be the first country to distinguish in their official reporting between deaths from and with Covid-19. This should help to ease fears in the country about the virus as reported cases grow, and is a step other countries including the UK should follow.

It is reassuring to hear the UK government is aiming to do antibody tests as quickly as possible to discover the true prevalence of the pathogen in the population. This is the kind of factual information we urgently need in this crisis. The faster we can establish the truth about Covid-19 and do away with all the ‘worst case scenario’ propaganda, the faster we can get proportionate and well-targeted measures in place to protect the vulnerable, and, all being well, get the country moving again and life back to normal.

Keir Starmer, Labour’s new leader, has said that people should stop talking about things ‘going back to normal’ because things will never be the same again. No, Keir – in socialist fantasy world this may be the crisis that brings on the revolution, but in the real world most of us just want to get out of the craziness we’ve been plunged into in the last three weeks by a weak and under-prepared government, and get back to life like it was way back at the start of last month. It really isn’t too much to ask.