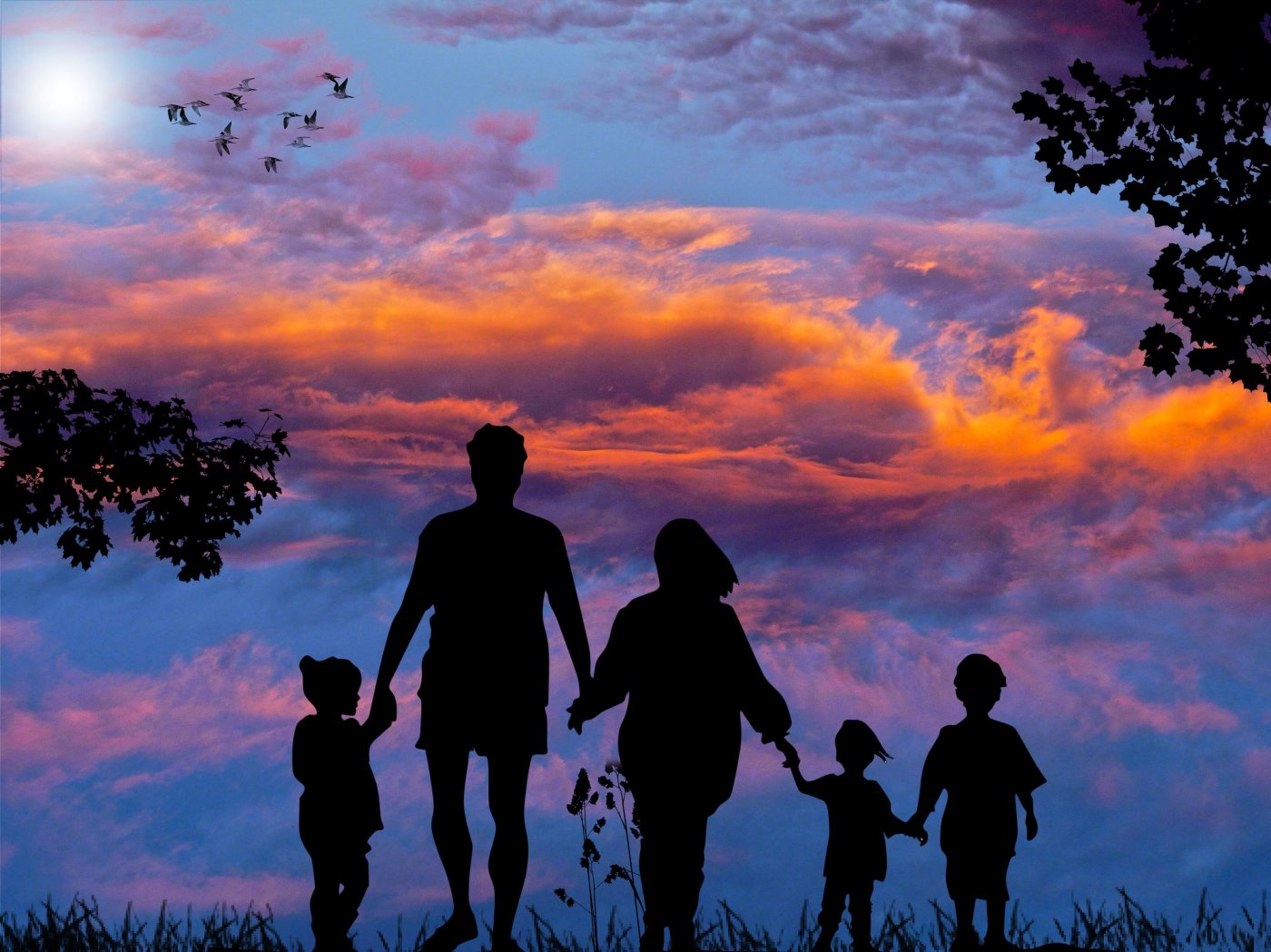 They’re not even pretending any more. Confronted with a future of an ageing population with not enough children to renew the workforce and pay the taxes to keep the show on the road, rather than wondering what we might do urgently to boost family life, they celebrate it as a victory for women’s liberation and contemplate how much we will have to increase immigration to compensate. ‘They’ being the politicians, quangos, commentators, broadcasters and business leaders – the increasingly unrepresentative ‘liberal’ elite who tell us how to think and make our decisions for us.

A recent BBC feature on the demographic crisis facing developed nations, purporting to quote what ‘the experts say’, went to just one, the pro-immigration Professor Ibrahim Abubakar, who declared: ‘If these predictions are even half accurate, migration will become a necessity for all nations and not an option. To be successful we need a fundamental rethink of global politics. The distribution of working-age populations will be crucial to whether humanity prospers or withers.’
Is suppressing the birth rate while redistributing the global working-age population now government policy? If it isn’t, that can only be because they are unaware of the consequences of their actions. A ‘Conservative’ government elected on (yet another) promise to cut immigration proposes a business-friendly immigration system that all but guarantees a large increase in immigration as it removes the cap, lowers the qualifications, introduces new routes and abolishes the preference for British workers.

Despite supposedly being oriented to the concerns of new ‘red wall’ Tory voters, this is not a government that is showing any understanding of the worries of ordinary families at the scale of demographic change and population growth and the economic and social pressures that come with it. When that same government makes divorce and abortion even easier than they already are, driving down the birth rate and undermining family life, you have to wonder if they’re doing it on purpose. Or is it just the unintended consequences of the supine surrender of the Conservative Party to the cultural Left?

With immigration still at sky-high levels and, despite government assurances, set to rise under the new system, and with the UK birth rate continuing to fall, from 1.7 children per woman in 2018 to 1.65 in 2019, within which well over a quarter of births are to first-generation immigrants, the scale of demographic change is jaw-dropping. Will Britain be recognisable in 2100 at this rate of change? The limited efforts at integration over the past few decades don’t bode well for this experiment in large-scale cultural mixing, with even the founding chair of the Equality and Human Rights Commission, Trevor Phillips, questioning whether Britain might not be ‘sleepwalking to catastrophe’ over race.

It is hard not to see on display here a decadence, the policies of a civilisation that has lost its sense of purpose and is in the process of collapsing in on itself as its bonds of solidarity dissolve into a solipsistic individualism. Anxieties about the future may be different from those of Oswald Spengler’s reflections but they are no less calamitous. They are in evidence in the government’s mollycoddling response to the coronavirus, so obediently complied with by an infantilised populace. Policies designed to wrap us all up in cotton wool and confine us to our own little worlds find immense popularity despite the way they devastate our cultural and common life and, ironically, are detrimental to our good health too.

But where this ‘decadence’ is most evident in our attitude to having children – their commodification and treatment as an inconvenience. While women may choose to blame men for not being ready to have children, feminists have, perversely, persisted in praising women for opting for the ‘freedom’ of taking the same course.

In truth a large number of adults of childbearing age of either sex are distinctly ambivalent about the prospect of starting a family. While many if not most young women start out with the aspiration for a family of two or more children, when it comes to it they (and the men) find that, actually, that sounds like quite a lot of hard work, too expensive, an impediment to career and freedom and to their ideal consumer-based lifestyle, so can’t it wait?

According to demography researchers Lyman Stone and W Bradford Wilcox: ‘The average number of children women in the US report desiring is actually rising slightly, to more than two children.’ However, ‘births are falling because many women of childbearing age are concerned about the economic and social difficulties now associated with parenthood. They are especially worried about the financial costs of having a child, the enormous time demands of parenting and the state of the economy, according to a survey of 1,300 reproductive-age American women we sponsored in April.’

These self-oriented concerns come through in the reasons for avoiding parenthood and therefore justifications for abortion offered in a recent morally void Telegraph article defending ‘bikini body abortions’.

Rachel: ‘I didn’t have it for any of the “right” reasons. I was married, my career was starting to flourish and my partner and I had enough money to support a child. But the moment I saw two pink lines on the test, I googled the Marie Stopes phone number. The career I had been building for the last five years was going to disappear basically overnight if I stopped working, and I couldn’t let that happen. But the main reason I had an abortion was that I wanted more time to live my life – to drink and smoke, and stay up until 4am with my friends. I just fundamentally was not ready. So, despite not being a gymslip mother, I had an abortion. I didn’t have a “good” reason, or an “excuse”, I just didn’t want to have a baby.’

Nadia: ‘Honestly, I didn’t put a lot of thought into it. I wasn’t ready to be a mum, I didn’t want a baby, my life was about having fun, going out and putting myself first. So I booked an abortion. When they asked me why I wanted to abort, I was a bit lost for words. I just didn’t want a baby. I didn’t expect to have to explain to a stranger why I wasn’t open to being a mum. Surely, “I want an abortion” should be a good enough explanation of how or why you’re not ready to be a parent?’

With a fifth of UK pregnancies ending in termination, and 97.5 per cent of those purely because of the claimed risk to the mental health of the mother (this is the category used or abused depending on your stance on unwanted pregnancies), this is where much of the next generation is ending up. Little lives sucked out of the womb and dumped in the rubbish bin.

The efforts of successive governments to get ‘economically inactive’ women out of the home and into the workforce while providing ever more subsidies for childcare to facilitate this have not helped. Left-wing commentators such as Polly Toynbee blame lack of government support for the low birth rate, claiming that women’s decisions on childbearing are narrowly ‘economically determined’ and hang on the minutiae of government support, but the truth is that never has more money been poured into the type of ‘support’ she advocates. In fact it is countries with modern welfare states that have the lowest birth rates in history. And in Britain the lowest marriage rates. The two-pronged assault on full-time motherhood (even for the early years) and the refusal of government to lift the burden of taxation off families, in particular off the married and one earner couple families, has had a disastrous effect on stable family formation – the foundation of confident and happy childrearing with good outcomes for children.

Hungary has demonstrated the truth of that and that it is possible to boost the birth rate with pro-family policies. This much-maligned country is one that still believes in itself and its own distinctive heritage. ‘Europe is at a crossroads,’ said a Hungarian government spokesman. ‘Western Europe seeks to address the problem of demography with simple solutions which only offer short-term success, but convey catastrophic consequences in the long run. What we need is not numbers, but Hungarian children: we’re not seeking to sustain an economic system, but Hungary, the Hungarian nation and Hungarian history; we want to encourage the continuation of our families for several generations.‘

Do the British – of whatever ethnic background – want the same? It’s not clear that they do, at least not enough to put the effort in. Emerging Europe, a media outlet funded by the British Foreign and Commonwealth Office, sharply criticised Hungary and Poland for using financial incentives to support families to have more children rather than opening borders, calling such policies ‘less effective’ than opening borders and offensive in that they ‘reinforce the outdated notion that the role of women is to be mothers’. Instead, ‘the solution lies in a liberal immigration policy’. Presumably it is not outdated to see it as quite OK for unliberated non-Western women to do the job for them.

I ask again: Is this now UK government policy? It certainly looks that way. But no one voted for it. Will the British people ever again get the values that they voted for – their prioritisation of the nation and the national community – acted on by government? Or are we now in the era of technocratic global government, when whoever you vote for what you get are the same soulless ‘progressive’ schemes driven by the same out-of-touch ideological elites?

3 thoughts on “Childless by choice – the West’s future”